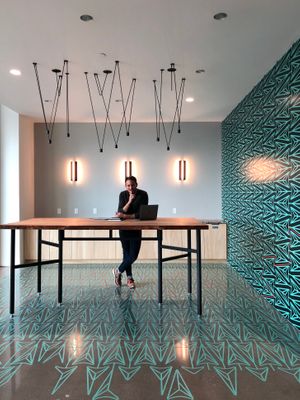 Since he was young, Garrett's itchy trigger finger has pointed towards a career in photography. He left his hometown of Sonoma, CA to attend Pratt Institute in New York, and bounced to Queens before starting a family back in Brooklyn. Last year, he and his family set out to make new tracks in San Francisco- never fully saying goodbye to any past home.

Garrett's photography spans from residential, office and hospitality to product and lifestyle. His work has been featured in a range of publications including Interior Design magazine, Architectural Digest, Contract, Dwell, Metropolis, New York Times, New York Post, gb&d and Homes... and a cameo appearance as "Photographer" on HGTV's Selling New York.

When not shooting, he can be found on a mountain, a set of wheels, or running alongside his dog, Posey.